A sense of community, cultivated by locals.

It’s a happening place, with just the right amount of activity. There’s always something going on in and around the District, from events and tastings, to festivals and meetups. 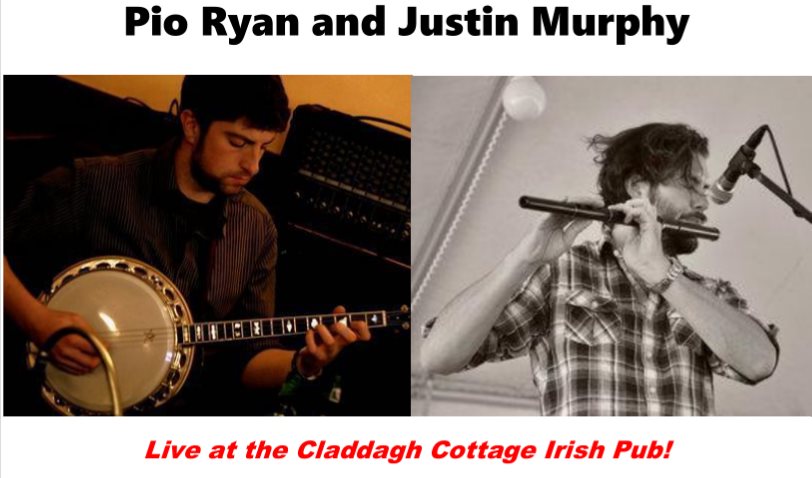 Pio Ryan is a native of Tipperary and an accomplished tenor banjo player who was raised, steeped in traditional Irish music. His deep rooted traditional style mixed with blues and bluegrass influences creates a unique twist with a sound that is both driven and refreshing. Pio learned his trade from his father John Ryan, a renowned whistle player from North Tipperary. He also plays with the band, The Fureys.

Justin Murphy immigrated to the US from England as a child and learned Irish music while he attended college in New Orleans, learning flute and whistle under the instruction of Dublin native, Richie Stafford. His musical skills span multiple instruments from flute, whistle, guitar and bodhran to singing. Justin is also the reason why the food is so delicious at the Claddagh Cottage, being our head chef.
http://www.justinmurphyirishmusic.com/